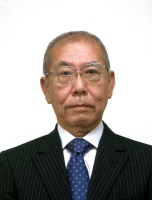 A message from the President The NPO Research Institute of Fucoidan has been engaged in activities for 10 odd years since its establishment in 2003. Taking this opportunity, I'd like to think of our philosophy again for our continuous development for the future.
The average life span of Japanese people has continued to extend every year. Currently, the life expectancy for men is roughly 79 years and 86 years for women. Japan has become one of the leading longevity countries in the world. This trend is expected to continue in the future. In 2000, WHO (World Health Organization) proposed "Healthy Life Expectancy". In this context, the Healthy Life is defined as the period during which one can lead an independent, healthy life both mentally and physically. In other words, an important challenge for us is to find a way as to how we can extend the healthy life expectancy up to the average life expectancy, rather than simply focusing on the extension of the current average life expectancy. In Japan, the healthy life expectancy is approximately 70 years for men, and 73 years for women.
The difference between the average life expectancy and the healthy life expectancy is, approximately 9 years for men, and 13 years for women. During these periods, people are less healthy and have some degree of restrictions to having day-to-day living. ※ 1
The ratio of men and women who have received care as a result of stroke, dementia or other diseases caused by malignant neoplasm and the like, is 32.8% and 67.2%, respectively. This explains the fact that a considerable number of people are bedridden. Thus, one of our roles is to contribute to the health of people so as to prevent them from being bedridden and live happily and longer. ※ 2
We have advocated the keywords "Extension of Healthy Life Expectancy" and "Preventive Medicine" through the activities of Research Institute of Fucoidan. People themselves need to be responsible for their own health.
It has been clearly proved in the basic research that fucoidan has an ability to activate tumor immunity. There are a number of clinical cases which demonstrated reductions of tumor lesions, maintenance of immune functions as well as mitigation of side effects of anti-cancer drugs and radiation therapy, after the patients were treated with only fucoidan, or with a combination of fucoidan and common cancer treatment. In addition, anti-tumor immunity is deeply related to suppression of allergy and defense of viral infection. Therefore, fucoidan is expected to be applied in a wide range of areas. Fucoidan is indigestible, water-soluble dietary fiber with excellent antioxidant effect. We believe that fucoidan is a food material that has effective functionality for maintaining health and an ability to improve the blood properties and decrease serum lipids.
We are committed to conducting analysis well and taking empirical data to understand the functions of fucoidan. Our ultimate goal is to help people stay healthy by taking advantage of fucoidan's immune functions.


※1… average life expectancy is referred from “Complete Life Table 2010" issued by the Ministry of Health, Labour and Welfare; the healthy life expectancy is referred from "A Study on the futuristic assumption of healthy life expectancy and cost-effectiveness of measures against lifestyle-related diseases", funded from welfare, labor and science research expenses, in the <"The 2nd Promotion of Health Japan 21 Reference Material" (July 2012) issued by Ministry of Health, Labour and Welfare> ※2…Overview of the National Livelihood Basic Survey 2010 (Situations of care recipients, etc)

After graduating from Kyushu University, Faculty of Agriculture, Yuda joined Calpis Co., Ltd where he was engaged in technology development and product development related to drinks, food items and pharmaceutical products at its Tokyo Research and Development Center.

Thereafter he was posted to several departments, including the Production Department, the Marketing Department, and in 2003 he assumed general manager of the Research and Development Department in the Research Strategy Division, where he undertook research and development of functional materials. Also in the meantime, he joined in health and food social gatherings, also participated in functional food working groups organized by the Japan Health and Nutrition Food Association. In 2012, he resigned from the company.