Immunostimulating means activating the body's immune system. By strengthening the immune system, living things can protect themselves from their enemies and entry of foreign substances. As a result, they can stay healthy. 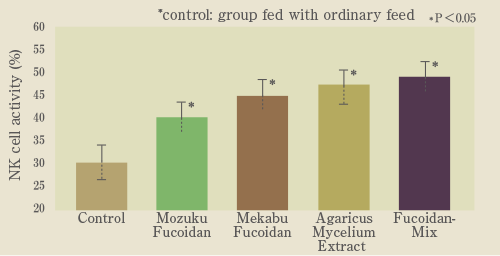